The likely value of screening colonoscopy (SC) depends not just on the age and sex of the patient, but also on the number of co-morbidities a person has, according to a new study.

Initial guidelines for cancer screening, including SC to detect early-stage colorectal cancer (CRC), did not recommend an upper age limit for screening.

In 2008 the United States Preventive Services Task Force recommended against routine SC in patients 76-85 years old, and against any screening for CRC in patients older than 85.

The task force based its recommendations on diminishing benefit of SC with increasing age.

Researches in a new study found that taking into account the number of co-morbidities affected whether a patient was likely to benefit from SC, even after accounting for age.

However, for men and women with at least three co-morbidities, there were no life-years saved for patients older than 74. 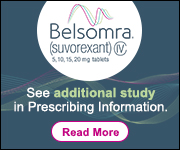